Special issue of Scientometrics on "Simulating the processes of science, technology, and innovation"

The special issue edited by Katy Börner, Bruce Edmonds, Staša Milojević & Andrea Scharnhorst of Scientometrics on "Simulating the processes of science, technology, and innovation" is now out.
It is in Volume 110, Issue 1, January 2017 at: http://link.springer.com/journal/11192/110/1?wt_mc= and includes:
Posted by Bruce Edmonds at 8:19 PM

Workshop: Beyond Schelling and Axelrod - Computational Models of Ethnocentrism and Diversity


Ethnocentrism, a positive orientation towards those with the same ethnicity and a negative one towards others, is widely observed in human societies. Several seminal (computational agent-based) social simulation models show how interactions between individuals emerge aspects of ethnocentrism such as in-group bias based on ethnic markers (Hammond & Axelrod 2006); local cultural homogeneity combined with global polarisation (Axelrod 1997); and racial segregation (Schelling 1971). These models have influenced on-going research that inherits similar frameworks and assumptions.

The workshop will spotlight on-going work influenced by, or in response to, these modelling directions. In addition we welcome critical position statements and critiques of the assumptions that such models embody, as well as relevant empirical studies.

After the workshop we plan to organise a special issue of a relevant journal on the subject of the workshop including articles based on the best presentations at the workshop. Also, depending on the outcome of the panels and discussion, we may coordinate a collective position / review article to accompany the special issue.

Further details can be found at: http://davidhales.com/ethnosim2017

Posted by Bruce Edmonds at 4:38 PM

Stefano Picascia had his viva today and passed with only some "minor typographical corrections" to do.  His thesis was on "Agent-based modelling of urban economic and cultural dynamics under the rent-gap hypotheses" which we will put up on the cfpm.org website as soon as it is visible again (Its working again but not showing outside the university for some reason).
Posted by Bruce Edmonds at 3:22 PM 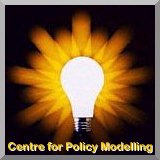